In short, business loan payments aren’t tax deductible. When a business loan is received by a company, it’s not included as taxable income. In turn, when that loan is repaid, you are not able to deduct loan principal payments. You are simply paying back money you borrowed, not income spent.

That doesn’t mean that there aren’t deductions you can still make. Interest paid or accrued on your business loan are tax deductible in most cases.

Let’s say you took out a small-business loan and your monthly payments are $1,200. If $840 of your payment went to pay down the principal, that means you pay $360 each month in interest on your business loan. Only the $360 would be eligible to deduct as a business expense.

Keep in mind you must prove that you’re legally liable for the loan debt and have proof of repayment in order to deduct your loan interest. You also need to show that you have a true debtor-creditor relationship with the lender. The money can’t come from a friend or family member unless you have a signed promissory note with the necessary details.

The loan funds also must be spent on something for your business, not just kept in a bank account, to be eligible for interest deductions.

There are a few types of interest that aren’t tax deductible:

In many cases, you can deduct interest on personal loans if the money was used for business purposes.

What if the business loan was used to purchase equipment?

Loan repayment isn’t tax deductible, but what you used the loan funds for might be. If your loan was used to purchase new equipment, real estate or other select reasons, you may be able to deduct those items as business expenses on your taxes.

Fixed assets include tangible items such as:

No matter the type of business loan you receive, keep detailed records and copies of all paperwork to give to your tax preparer.

How to find the best business loan

A small-business loan is a powerful tool even if you can’t deduct loan repayment. To find the best business loan for you, consider the following factors:

Many lenders allow you to prequalify for a business loan with just a soft credit pull, which doesn’t have a negative impact on your credit score. Use our business loan calculator to determine the right course of action.

While you can’t deduct your loan repayment, the ability to deduct interest paid could lighten your tax burden somewhat. Plus, there’s a chance that you can deduct purchases or operating expenses related to the loan.

Don’t let the fact that you can’t deduct loan payments on your taxes deter you if taking out a business loan is the right course of action for your company. Business loans can help your company purchase equipment, expand operations or increase its working capital. Wells Fargo is ending a popular consumer lending product, angering some of its customers, CNBC has learned.

The bank is shutting down all existing personal lines of credit in coming weeks and has stopped offering the product, according to customer letters reviewed by CNBC.

The revolving credit lines, which typically let users borrow $3,000 to $100,000, were pitched as a way to consolidate higher-interest credit card debt, pay for home renovations or avoid overdraft fees on linked checking accounts.

“Wells Fargo recently reviewed its product offerings and decided to discontinue offering new Personal and Portfolio line of credit accounts and close all existing accounts,” the bank said in the six-page letter. The move would let the bank focus on credit cards and personal loans, it said.

Wells Fargo CEO Charles Scharf has been forced to make difficult decisions during the coronavirus pandemic, offloading assets and deposits and stepping back from some products because of limitations imposed by the Federal Reserve. In 2018, the Fed barred Wells Fargo from growing its balance sheet until it fixes compliance shortcomings revealed by the bank’s fake accounts scandal.

The asset cap has ultimately cost the bank billions of dollars in lost earnings, based on the balance sheet growth of rivals including JPMorgan Chase and Bank of America over the past three years, analysts have said.

It has also affected Wells Fargo’s customers: Last year, the lender told staff it was halting all new home equity lines of credit, CNBC reported. Months later, the bank also withdrew from a segment of the auto lending business.

With its latest move, Wells Fargo warned customers that the account closures “may have an impact on your credit score,” according to a “Frequently Asked Questions” segment of the letter.

Another part of the FAQ asserted that the account closures couldn’t be reviewed or reversed: “We apologize for the inconvenience this Line of Credit closure will cause,” the bank said. “The account closure is final.”

Sen. Elizabeth Warren, a frequent critic of the banking industry, denounced Wells Fargo’s decision to pull back the credit lines.

Wells Fargo didn’t directly answer questions as to what role, if any, the Fed asset cap played in its latest move.

The bank gave this statement: “In an effort to simplify our product offerings, we’ve made the decision to no longer offer personal lines of credit as we feel we can better meet the borrowing needs of our customers through credit card and personal loan products.”

After publication of this article, a Wells Fargo spokesman gave additional remarks: “We realize change can be inconvenient, especially when customer credit may be impacted,” the bank said, adding that it was “committed to helping each customer find a credit solution that fits their needs.”

Customers have been given a 60-day notice that their accounts will be shuttered, and remaining balances will require regular minimum payments at a fixed rate, according to the statement. When it was offered, the credit lines had variable interest rates ranging from 9.5% to 21%.

The move is a strange one given the banking industry’s need to boost loan growth.

After a burst of commercial lending during the early days of the pandemic, loan growth has been hard to muster. Corporations have used money raised in stock and debt issuance to retire bank credit lines, and consumers stuck at home had fewer reasons to use credit cards.

After banks saw that borrowers held up far better than they had initially feared, the industry recently began marketing new credit cards with large sign-on bonuses in an effort to boost lending.

Wells Fargo doesn’t disclose how many customers used the credit lines it is eliminating. It had $24.9 billion in loans in a category called “other consumer” as of March, which was 26% lower than the year-earlier period.

One customer said the change is prompting him to switch banks after more than a decade with Wells Fargo. Tim Tomassi, a Portland, Oregon, programmer, said he used a personal line of credit linked to his checking account to avoid expensive overdraft fees.

“It’s a bit upsetting,” Tomassi said in a phone interview. “They’re a big bank, and I’m a small person, and it feels like they’re making decisions for their bottom line and not for customers. A lot of people are in my position, they need a cushion every once in a while from a line of credit.”

Tomassi said he is considering opening an account at Ally or Chime, banking players that don’t charge overdraft fees. 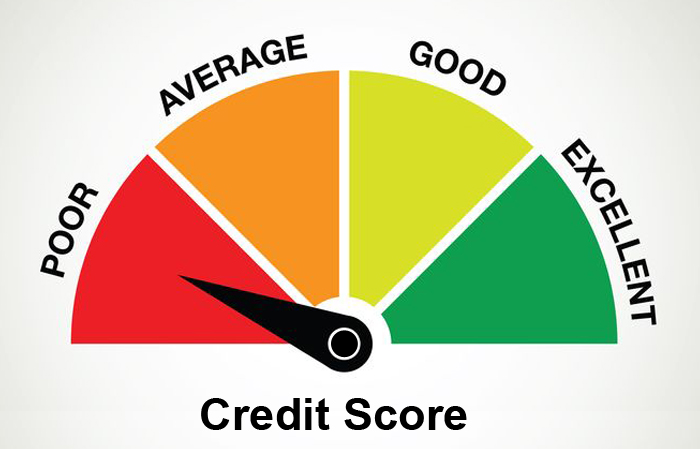 And why should they lend to credit risks? According to a recent Wall Street Journal Article

“The largest banks” have essentially abandoned the small business market,” said Mr. Cole, who analyzed bank regulatory filings for The Wall Street Journal. The analysis looked at loans of up to $1 million, adjusting for bank mergers and acquisitions.

Weak demand, tighter lending standards and high costs have put a lid on small business borrowing in the past seven years, even as other types of financing—home mortgages, auto loans and corporate finance—have rebounded from the financial crisis.

Many big companies are locking in low-cost, long-term financing or borrowing to fund mergers, said John Elmore, vice chairman of consumer and small business banking at U.S. Bancorp. Small-business owners, by contrast, “are just more cautious or don’t have the degree of confidence to go full in,” he said, despite good financial performance.” (Wall Street Journal, Big Banks Cut Back on Loans to Small Business, Ruth Simon, Nov. 26, 2015).

That’s where Alternative Financing comes in. It picks up where the banks have neglected or failed us. What is alternative finance?

Alternative finance refers to forms of finance that are outside the institutional finance system of banks and capital markets. ‘Fintech’ is the ecosystem within alternative finance made up of companies, technology, and processes that aim to improve traditional methods of finance in categories such as:

It’s an area where the rules and risk decisions of banks no longer apply. Here, a business, whether ongoing or a startup , can find the funds it needs. But there are many players and plenty of opportunities to make a wrong move.

That’s when it comes to a decision whether to go with a broker, like Beach Business Funding, or an entity that is or claims to be a funder. Obviously the one who claims to be is being dishonest from the get go, and that’s not what you want from someone who is arranging for your  business’s money.

As for funders in the Alternative Funding arena, they can often work the same as a bank. Instead of shareholders, they have investors, and they don’t want to risk any more than they have when lending their investors (or their own!) money. Besides, the truth is, they work for their investors, not for you.

That’s where the benefit to a broker comes in. The broker works for you. Whatever it is that your business needs, whether it is a line of credit, equipment financing, real estate loans, startup loans or emergency cash, your broker has access to hundreds of funders and lenders who can serve you well. A funder has only their own funds, while a broker can search for the right fit. And of course, the broker gets paid from the lender, not from you. Think of the broker as a navigator through the world of alternative finance, delivering you what you seek and looking to make a business lifetime friend.

That’s what we do at Beach Business Funding. We are transparent in how we work, delivering you what you want, with no surprises. We want to be your BBF, Best Business Friend, to serve your business and to provide you with what you need, with no worries.

If you are looking for business funds, make time to speak with us here. We will give you the honest and most thorough explanation and follow ups you deserve.

And always, be careful out there!